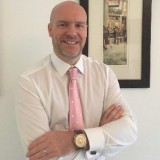 Two daily newspaper editors are to leave their roles next month in a management shake-up at their respective titles.

Newsquest has announced that Graeme Smith, editor of Glasgow-based daily The Herald, and Graham Shields, who edits sister title the Evening Times, will leave the company on 22 December.

Graeme, who became Herald editor a year ago this month, has 17 years’ service at the paper, while Graham, who took the chair at the Evening Times in April 2016, has completed 19 years with the company.

Donald Martin, who returned to Newsquest last November as editor-in-chief of the two titles, will now take over responsibility for editing both titles.

Donald, pictured, will also be appointing new deputy editors for both The Herald and the Evening Times as part of the forthcoming changes.

Praising the two outgoing editors, he said: “Both have been excellent ambassadors for their respective titles, and they leave behind a solid platform for a new executive team to build on.

“We have a superb team and I look forward to working closely with them as we rise to the challenges of delivering compelling, unique content for our audiences.”

The changes were announced to staff yesterday by Graham Morrison, managing director of Newsquest Scotland.

He said Donald would oversee “a restructuring of the editorial teams to help align the business to the increasing demands of its growing multi-media audience.”

Graeme, who began his career as a trainee at the Derby Evening Telegraph in 1989, became the 27th editor in The Herald’s 233-year history after succeeding Magnus Llewellin last year.

Meanwhile Graham took on the Evening Times role after a turbulent period which saw two previous editors, Rob Bruce and Tony Carlin, depart within the space of seven months.

Donald’s new role is the latest in a long career which has taken in most of the leading Scottish titles, including a previous stint as Evening Times editor and Herald editor-in-chief.

He has also previously edited the North West Evening Mail, the Aberdeen Evening Express and the Sunday Post.