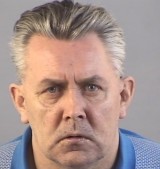 A convicted fraudster has had his complaint about a regional daily’s coverage of his court case rejected twice.

The Independent Press Standards Organisation dismissed the complaint about the Southern Daily Echo by David Coombs, who was upset after the Southampton-based newspaper described him as a “predator” in the piece rather than a “menace”.

The Echo had reported the conman stole thousands of pounds from mostly female victims he met through dating sites and at hospitals.

After IPSO absolved the paper of any wrongdoing, Coombs then complained to its independent complaints reviewer about the findings, but the reviewer decided that the process was not flawed and did not uphold the request for review.

Complaining under Clause 1 (Accuracy) of the Editors’ Code of Practice, Coombs said that the amount he had “netted” from his crimes was around £17,000, rather than the £37,000 reported, because the figure had included a count relating to fraudulent cheques which totalled £20,000 from which he had received no benefit because they were made out to charities.

He also denied that he had been convicted of stealing money from women he had met through dating sites, and provided a copy of his charge sheet in a bid to prove this.

The Echo did not accept a breach of the Code and provided two press releases from Hampshire Constabulary which had stated that Coombs had targeted women through dating websites and hospitals.

However, the Echo offered to publish a clarification on a number of points relating to the amounts he had stolen.