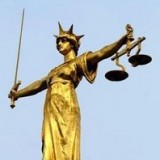 A journalism lecturer has called for a national week of “wall-to-wall court coverage” to highlight the difficulty regional journalists face in covering courts.

Former Bath Chronicle deputy editor Paul Wiltshire, of the University of Gloucestershire, made the suggestion in a blog post focusing on court closures.

Last year former Labour shadow minister Mary Creagh and Thames Valley police and crime commissioner Anthony Stansfeld were among those to warn of the impact on the regional press after plans were announced to close 86 courts across the country.

In a piece on his personal blog, Paul noted that Cheltenham Magistrates, which he recently visited with his students, is now the only court of its kind in Gloucestershire.

He wrote: “The closure of courts doesn’t just put more miles between a population and the place where justice is done in its name; it also makes it even more difficult for journalists to cover the criminal justice system in action.

“There is a virtuous circle created when coverage is good. Regular reporters who take the trouble to oil the wheels of diplomacy with security guards, ushers and lawyers generally get treated well. But the occasional visitor can feel like an inconvenience at best.

“Which is a shame. We need light to be shone in the sometimes dark corners of the court system. All human life is there, for a start – with engaging stories at every turn.”

“I’d like to see a national week of wall-to-wall court coverage, where reporters pour into magistrates and crown courts up and down the land, writing stories, launching live blogs, challenging officials and the judiciary, and generally shining a light into dusty, fusty corners.”

Paul told HTFP: “Exercising your rights is a bit like exercising your muscles: unless you do it regularly, they are in danger of withering away.

“So a week of action would ensure that we keep the doors of justice open – and it might just prove the worth of court coverage to hard-pressed newsdesks.”