A regional daily journalist has achieved the rare feat of being named the best feature writer in two separate regions – thanks to a ‘border quirk.’

A week after being named best feature writer at the Midlands awards, he won the best writer prize at the North West event. 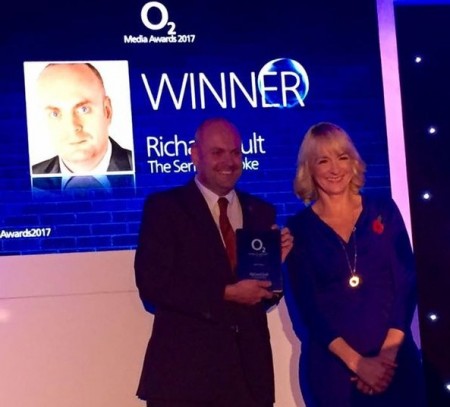 Richard told HTFP: “I’m absolutely thrilled to win the two awards. For years there’s been a debate over whether Stoke-on-Trent is in the North or the Midlands – I’m not sure either of them want us!

“But I’m delighted to benefit from this border quirk. It was also great to just be in the same room as so many talented journalists from the Midlands last week, and the North West last night. I feel really honoured.”

They included a highly commended for The Place To Be, a glossy publication created in support of Stoke’s bid to become UK City of Culture 2021, in the Specialist Publication category.