A reporter at a weekly paper has been presented with an award by the Scottish Society of Editors after achieving top results in his National Certificate Examination.

Matt Meade from the Dunfermline Press was presented with the TS Murray Award, an annual prize which recognises the best performing NCE candidate employed by a Scottish paper.

He became a senior reporter when he passed his NCE last March and beat off competition from other trainees in Scotland who sat the exams in March, July and November last year.

Matt was presented with a certificate and a cheque for £200 by Society of Editors Scotland chairman Julian Calvert.

He joined the Dunfermline Press after completing his preliminary National Council for the Training of Journalists’ qualification at the Scottish Centre for Journalism Studies.

BBC Scotland presenter Sally Magnusson is a past winner of the TS Murray Award. 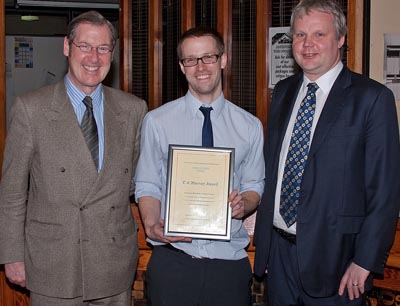