A photographer at a regional daily has undertaken a year-long personal challenge to take a photo every day, which has formed an online picture journal.

Andrew Higgins, the deputy chief photographer from the Scarborough Evening News, decided to set himself the project during 2010 after seeing a book by a photographer who had done a similar thing.

His aim was to take a photo every day for a year on top of his usual work at the paper and he set up a photo journal to record every image.

After taking a photo in the seaside town for 365 days, two of which are pictured below, Andrew has now extended his challenge to take a photo on 500 consecutive days. 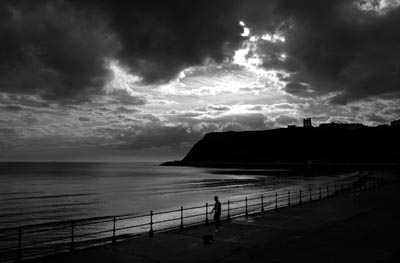 He said he was inspired to carry out the project after he heard about former Picture Post photographer Frank Horvat, who recorded a year of his life and then published a book, ‘1999 A Daily Report’.

Andrew said had initially tried to start the challenge in summer 2009 but only lasted around a week but on 1 Jan last year, he had found out about blipfoto.com – a website set up specifically for people wanting to try daily photo projects.

He said: “So off I went again, and this time managed to complete a full 365 days of photos, gaining an astonishing 40,000 views, which was a great bonus and motivation.

“I’m now going for the 500 consecutive photos target, just to see if I can make it.

“I tried to make as few photos as possible from work assignments, meaning I had to find the time and photo each day, from other moments and opportunities. This was often a real struggle on those insanely busy days which come around so often!”

His journal of images is called Random Photos can be viewed here. 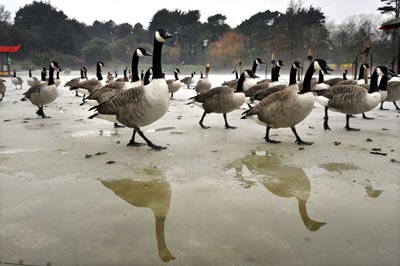