An award-winning reporter has added another prize to his growing collection after a ceremony to honour the best in Kent journalism.

Simon Tulett, of the Gravesend and Dartford Messenger, was named best newspaper or online journalist at Friday’s Kent Journalist of the Year Awards.

It follows his victory in last October’s EDF Energy London and South of England Awards, when he was named print journailst of the year.

The Gravesend & Dartford Messenger also won the Canterbury Jack campaign of the year award for exposing the presence of a sex industry in the heart of a local community. 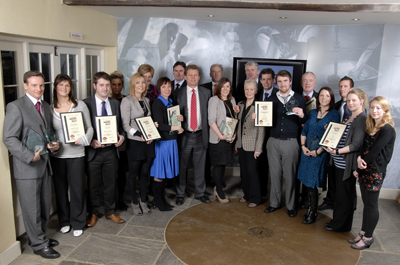 Derek, who also won the Bishops Finger broadcast journalist of the year category, was described by the judges as “a brilliant journalist with an excellent reputation.”

They commented on his ability to produce exceptional work that keeps viewers riveted from beginning to end.

KentOnline won the the news service of the year award, earning praise for creating “an interactive online experience, mastering video, audio and the written word with a team of first class journalists.”

Other winners included Lesley Bellew and Luke Cawdell of the KM Group, who won the features and sports categories respectivelu.

And the WF Deedes young journalist of the year prize went to Katie Alston, of the Kentish Gazette

Jonathan Neame, chief executive of Shepherd Neame, said: “We are delighted to sponsor these awards and reward the achievements of Kent’s finest journalists.

“They provide a first-class media service and this year we were pleased to see a record number of entries.”