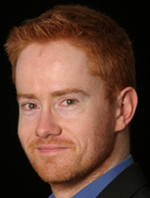 The web publishing director of Trinity Mirror’s regional titles has left the company, it has been confirmed.

Richard Ayers was appointed to the role in March last year, based at the group’s Canary Wharf HQ, to work with digital teams at regional centres.

A spokesman for the company said he was employed on a project basis and had come to the end of his consultancy contract, leaving around a month ago.

It comes after Chris Bunyan was made redundant from the role of regional digital director under a restructure which saw two new roles created.

He initially reported to Chris on taking up the role last year.