The Queen and the Prime Minister have led the tributes to a regional daily newspaper as it celebrates its 125th birthday today.

A message was sent from Buckingham Palace to mark the milestone for the Hull Daily Mail, while David Cameron also sent a goodwill message.

The Mail first hit the streets on 29 September 1885 and has been reporting on life in Hull and the East Riding ever since.

A series of special supplements have been published in the paper for the anniversary, while a special beer has also been produced. 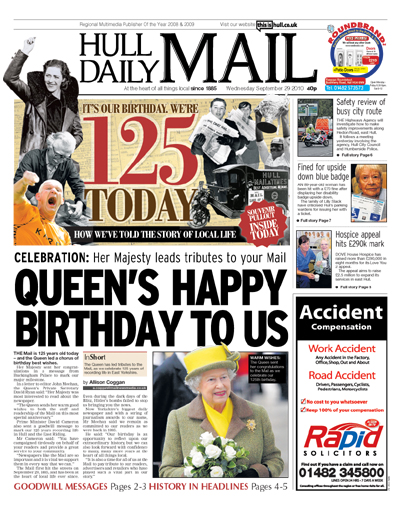 The Queen sent her wishes to staff and readers of the paper through a letter to editor John Meehan from her private secretary David Ryan.

It said: “Her Majesty was most interested to read about the newspaper. The Queen sends her warm good wishes to both the staff and readership of the Mail on this most special anniversary.”

And the message from Mr Cameron said: “You have campaigned tirelessly on behalf of your readers and provide a great service to your community.

“Newspapers like the Mail are so important and it is vital we support them in every way that we can.”

The Mail is Yorkshire’s biggest selling regional daily and has been named the Yorkshire Daily Newspaper of the Year in five of the last seven years.

John said: “Our birthday is an opportunity to reflect upon our extraordinary history, but we can also look forward with confidence to many, many more years at the heart of all things local.

“It is also a time for all of us at the Mail to pay tribute to our readers, advertisers and retailers who have played such a vital part in our story.”

BBC Radio Humberside has broadcast live from the newspaper on the anniversary and a replica of the first ever edition, pictured below, was one of the supplements produced. 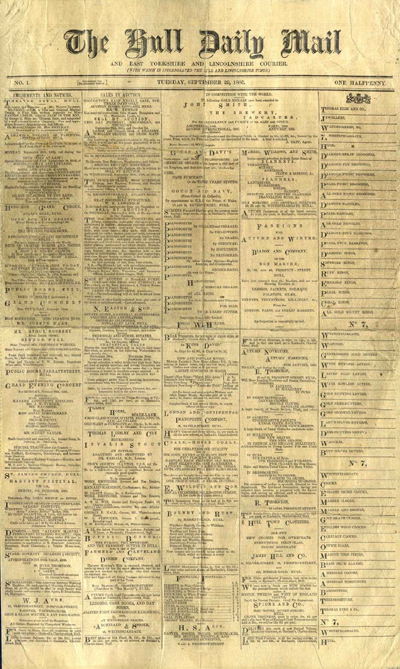