A weekly newspaper has made the switch to a tabloid format after 123 years as a broadsheet.

The Brighouse Echo published its first tabloid paper last week, which had been completely redesigned and ran to 56 pages, compared to the previous 24-28 pages.

It changed size after extensive research with readers to find out their views on a tabloid format, with them saying it was brighter, more attractive and made things easier to find.

The Johnston Press title’s masthead has also been changed to blue and black rather than just blue, with a different font. 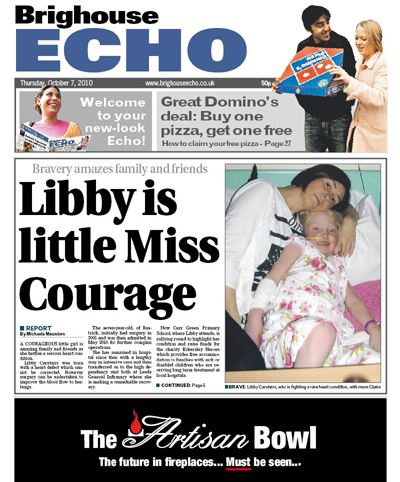 Editor Stephen Firth said: “It was felt that it was the right time to make the change. Our sister paper, the Halifax Evening Courier, changed to tabloid some time ago.

“Rather than just redesigning what we have got, we decided to run some quite extensive research among existing and non readers.

“The view was about 8-1 in favour of the change, which convinced us that it was the right thing to do. The reaction has been very good so far.

“It has been completely redesigned. I believe it is easier to find your way around. We think the whole package represents good value for money.”

He added the masthead of the West Yorkshire title had changed but was still recognisable as the Echo on newsstands and the cover price remained at 50p. 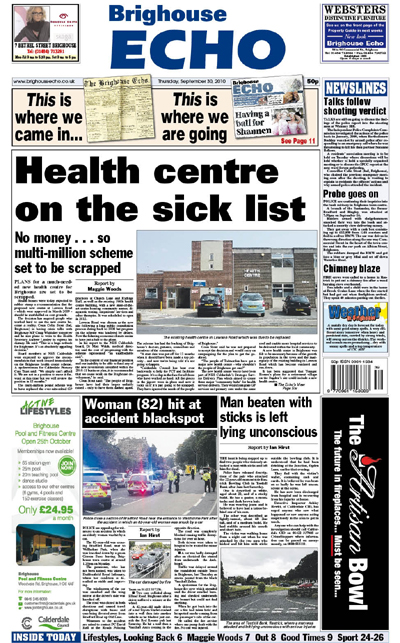