Journalists from a weekly newspaper were joined by panto star and comedian Bobby Davro to hand out toys to poorly children in hospital after a Christmas appeal.

Meanwhile, a similar toy appeal for sick children by the Croydon Advertiser was supported by hundreds of readers in its first year and will be held again in future. 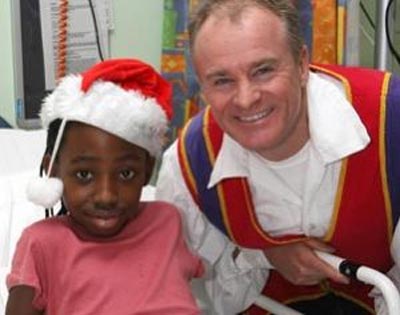 Bobby said: “The Toy Appeal organised by the Kentish Times’ editorial team is a great idea and I wish it every success in following years.”

And group editor Melody Foreman said: “This is the fourth year we’ve run the Toy Appeal and it creates so much goodwill.

“The readers have been great once again and the editorial team have worked hard to make it a success.”

At the Croydon Advertiser, its Toy for Joy campaign has encouraged readers to donate new or nearly-new toys to children at Croydon University Hospital and Queen Mary’s Hospital for Children in Sutton.

Editor Glenn Ebrey said “With the recession, snow and everything else going on, it wouldn’t seem like the best time to a launch a Christmas toy appeal.

“However, we were bowled over by the response we received. Our readers really came up trumps and, by the end of the appeal, our newsroom looked more like Santa’s grotto.

“This is the first year we have run this appeal but we will definitely look to feature it again in 2011.”